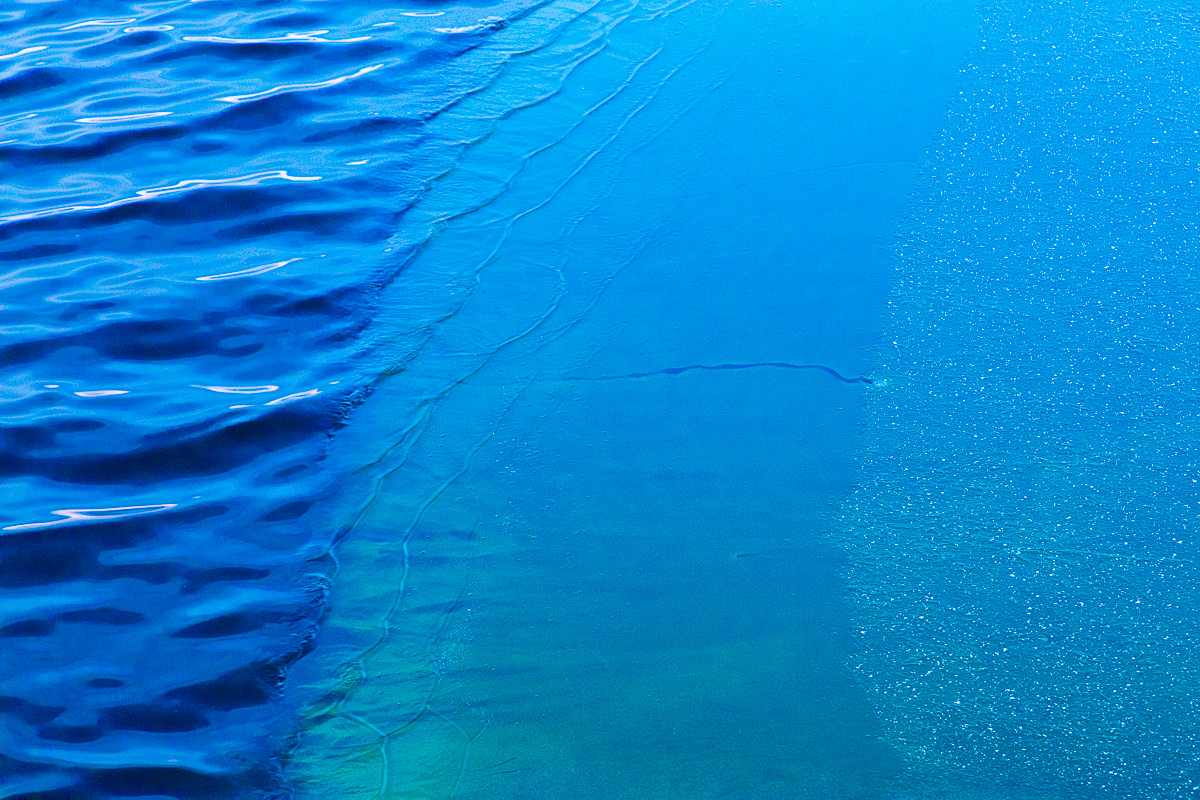 Blue is the colour.

The colour of my fingers, my nose and probably my toes too as I stumbled along the icy lake front chasing patterns and colours. At one point a pied wagtail joined me and made for some interesting compositions but sadly they didn’t really fulfil my vision when I saw them on the big screen. I may yet share one of them later.

A straggle of gulls haunted the edge of the ice, their feet repeatedly washed by the ripples blown by the east wind, but those shots didn’t cut it either. I’m surprised just how often I take images that at the time seem to be quite clever but at the end of the day end up in the bin. And that after more than half a century of shooting! You’d think I’d know better by now.

Maybe that’s the secret of a creative life, the taking of risks, seeing what will happen, pushing our boundaries and hopefully coming up with the occasional piece of beauty.

This is one of the icy lakeside shots that worked for me, albeit with more blue pumped in to emphasise the sense of the cold early morning light that was chewing at my extremities. The sun had not yet risen so I needed to ramp up the iso to a crazy 3,200 to allow my shivering hands not to add camera shake to the final image. A shutter speed of 1/40th was aided by the stabilisation afforded by the lens which was zoomed to its zenith of 105mm.

Right now I’m going through a phase of taking weightier pieces of kit out with me, the diminutive Pen F has been consigned to the shelf for a while. I do tend to go through phases like this. At this moment my tripod only accompanies me when I’m on a more ‘serious’ shoot, not my play time camera sessions. And I know I’m going to experiment with intentional camera movement and in camera multiple exposures soon, I can feel it in my bones.

Sometimes I envy photographers who doggedly dig into only one discipline and become known for it, but it’s just not me. I enjoy the change of pace and learning that a less loyal approach gives me.

Anyhow, sitting at my Mac now, files uploaded, rubbish deleted, I’m enjoying tweaking and polishing and ‘what if’ing’ to my hearts content with Blue the cat by my side purring gently and a hot brew steaming on the desktop.