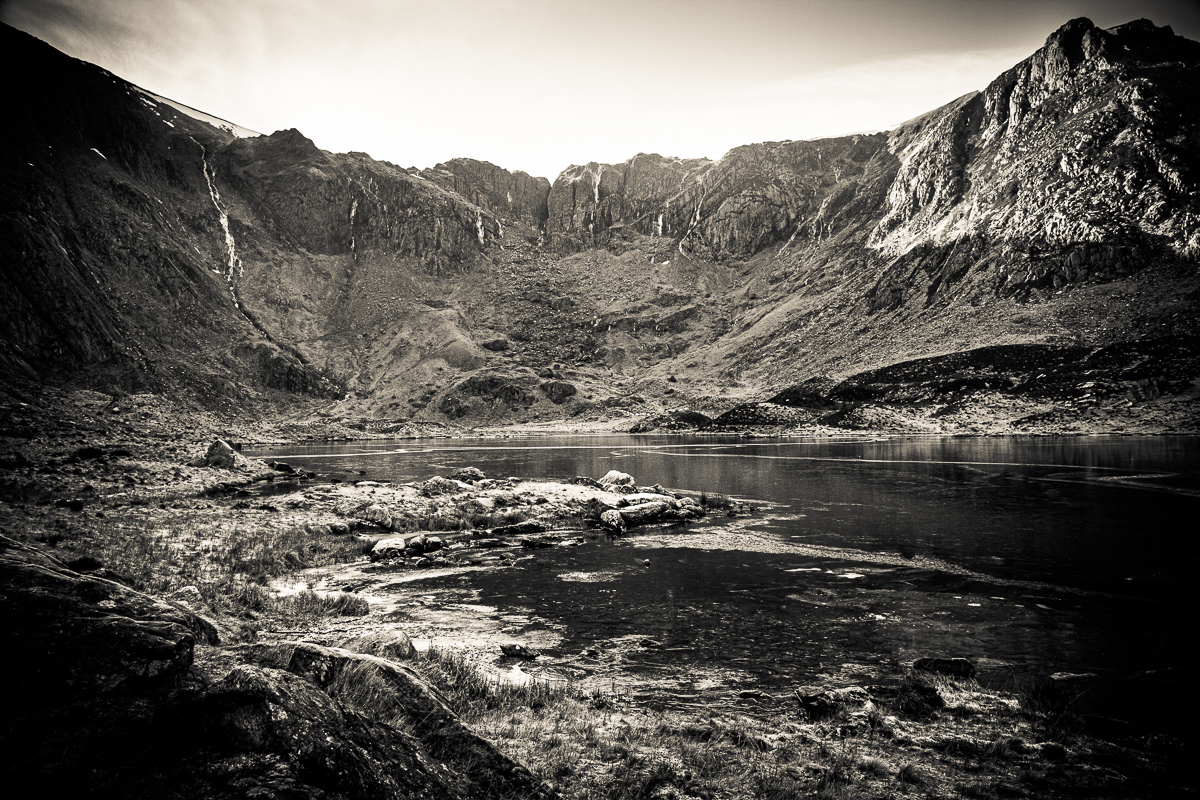 Some places just stay with you

Several years ago I took a trip to Snowdonia to revisit a landscape I hadn’t  seen since my youth. Back then, in my twenties, I was shooting film and all of the slides I kept from the visit pleased me enormously.

Looking back through these slides prompted me to make the trip again, ten years ago. I remember examining the slides through a magnifying loupe on a light table, a mix of 35mm and 6x6cm shots, and being dismayed.

My style had changed so drastically. To be short I was quite embarrassed by the shots. And to think I used to cart them round London to show to art directors, feeling proud of myself!

How times change, and styles, and personal visions. Maybe it was the hand that life had dealt me in the in-between years, or the mood I was in, or the fact I was shooting digital but when I shot there again in 2011 I saw a completely different land. One of mood and mystery. It was perishingly cold and I was shooting with the weighty Canon 1Ds mark 2 but I still made it to the top of the ridge after scaling the scree slope alongside the ominously titled Devil’s Kitchen. The chasm earned this name due to the goat carcasses that can often be found deep in its throat as testament to the difficulty of the terrain, and true to form I did indeed come upon one.

Devil’s Kitchen is the dark slash in the mountain just left of centre. The lake is Lynn Idwal. On this day I spent most of my time working the shores of the lake, treading precariously on the frozen edges to catch the other worldly shimmers that glazed through the frigid waters below. Stained glass came to mind.

So, I’m minded to visit again, just as soon as it feels right to head across the border and into the depths of Snowdonia. It’ll be interesting to see just what I see now, ten years older, ten years wiser (or more forgetful!) and with ten more years of this beautiful thing called life under my belt.