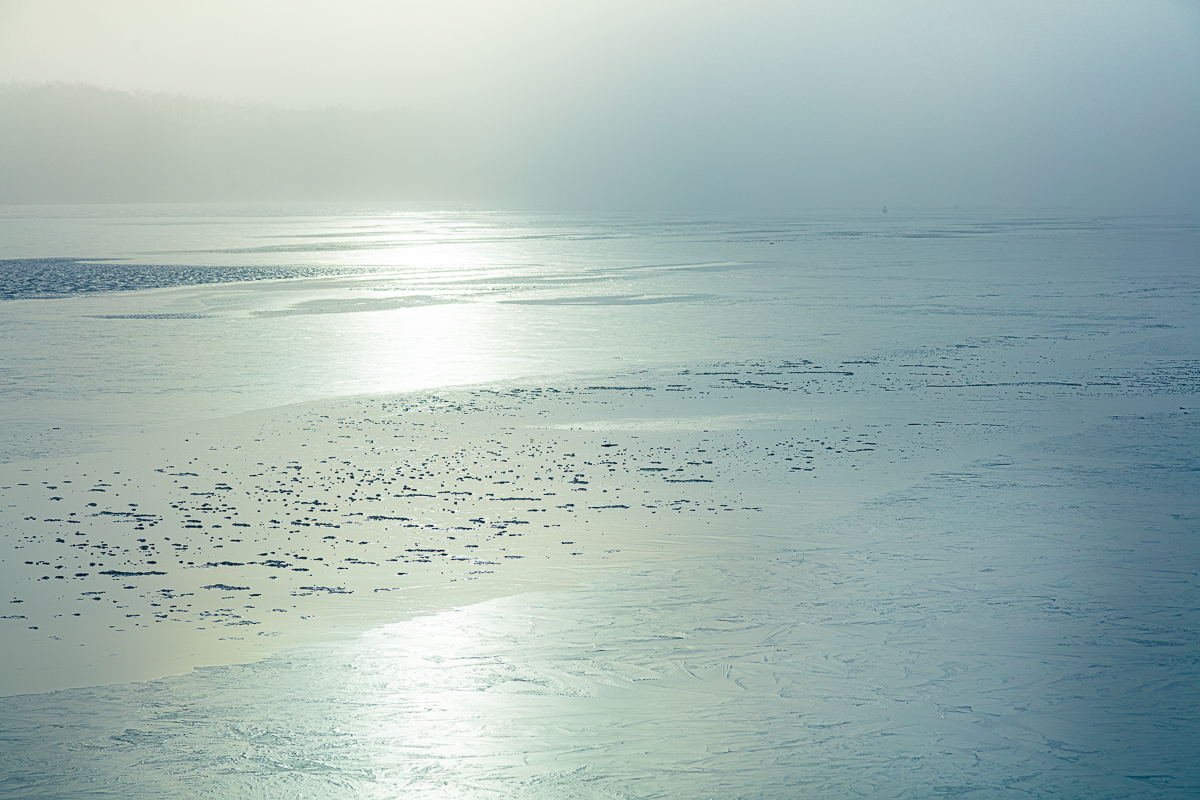 Or so it feels! An impromptu wander up Rivington this morning, with an unexpected meeting with my youngest daughter gave me a taste of the Arctic. Well, as near as I’m likely to get in my lifetime.

The lower reservoir was largely frozen over and through the mists it appeared quite like what I imagine the view to be from aboard an icebreaker. Well, that’s what I told myself. Anyway it certainly froze my fingers! A hint of teal and magenta split toning made the icy surface of the lake resemble said digits.

We headed down to a large expanse of meadow where I expected there’d be freezing mist still laying low in the grasses and hawthorns and were we able to work with the wintery weather for an hour or so before the chill seeped too deep into her bones.

I was armed with my big Canon and Hannah used her iPhone, and to be honest I think she got the better pictures of the meadow. But I think I rocked it with the lake shot. It’s easy to surmise that kit doesn’t really matter but I think on occasions like this it absolutely does, and the iPhone (in the hands of a very competent creative) proved to be the winner.

Perhaps if I spend a while in Lightroom and Photoshop I’ll get amazing outcomes but she did it all on her phone while walking back to the road and talking to her old dad! That’s Snapseed for you!

Another highlight of my day was visiting my grandson who’s ten in a few days. I dropped off a new pair of wellies for him as a sort of pre-Birthday gift. Well I can’t have him getting cold feet seeing how he ‘lost’ his old pair.

Rather sweetly he told his mum that he only wants a washing basket for his bedroom on his birthday. When I was ten I don’t think I was aware they existed.

And, talking about kit, well sort of, I was asked a while ago which piece of gear helped me get good winter shots. I had to admit it’s my wellies.

I do them a disservice though. When I went to purchase them at Go Outdoors specially for my Nightfalls project, the sales guy said in a rather hushed tone of great reverance: ‘they’re not wellies sir, they’re Technical Gumboots’. I think that was to qualify the three figure price he then went on to charge me.