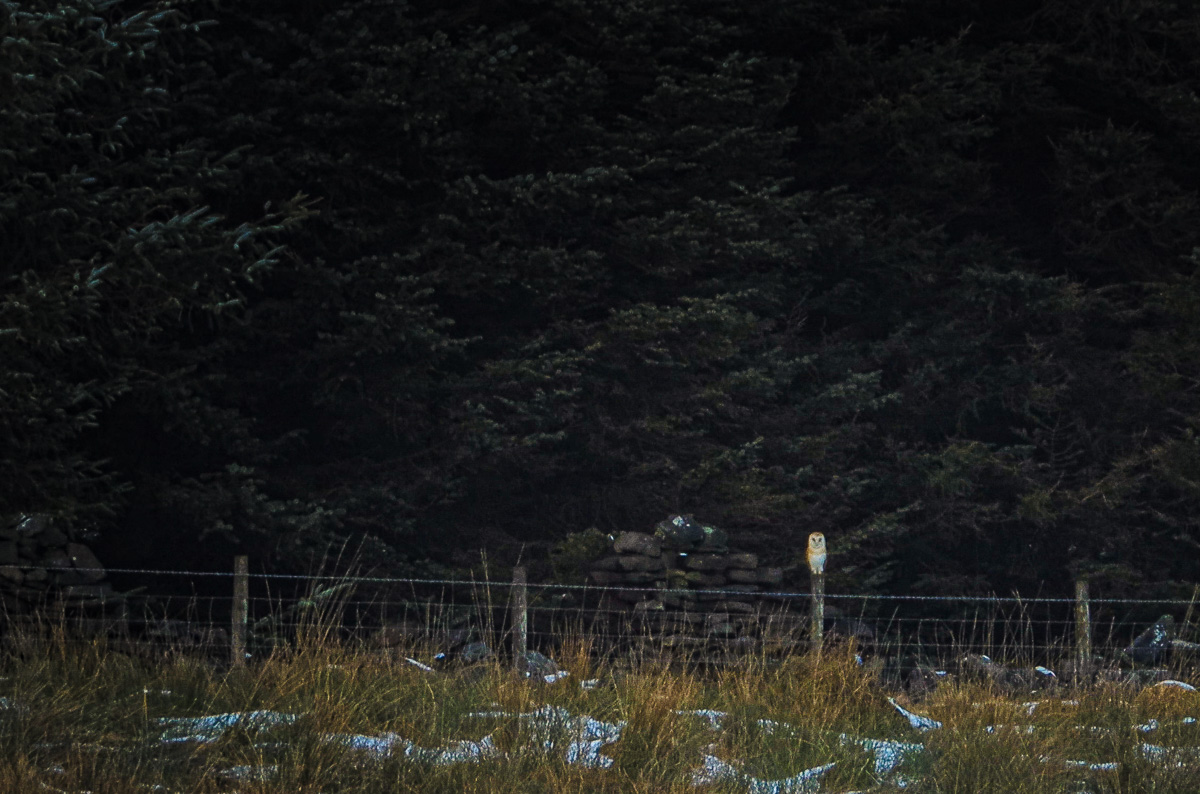 So this is what I’m up against! Here I am, freezing my bits off, shin deep in January bog, dressed in my best greens and with my shiny white hair suitably covered. Even my 100 - 400 lens is wearing a makeshift camo jacket carefully crafted from an old Buff scarf. But it’s all to no avail. I’m about as invisible as a visible thing out here.

This Barn Owl with whom I’ve been dancing for the past few end of days is about 500 metres from me. So far that I can’t see it with my own eyes. Looking through my lens though I know that it’s clocked me good and proper. This is a jpeg screen grab from the video footage.

It takes about an hour to toil my way to it’s choice hunting ground, and then as the sweat cools me and the frost settles on my beard I watch as owl tangos and waltzes  over the blonde moor grasses just beyond my easy reach.

400mm plus a two times converter does it’s best for me but I still struggle to get impactful clips. And there’s absolutely no chance of a worthwhile still shot.

Yesterday I ‘hid’ under the trees just to the right of the frame above  and owl hunted over the very spot where I am now. Today I’m in the middle of it’s hunting ground and owl hunts along the treeline!

I really want to film in slomo, and with my kit that means giving up any semblance of autofocus, but to be honest that’s not a big deal because as the light fades my camera would much rather bale out and focus on nice, waving, golden grass than a pesky owl flitting by at top speed bringing death to the local rodent population.

So tomorrow, weather, light, mood, owl and kit permitting I’m going to try a different approach. I’m not going to hide. I’m going to be ‘at one’ with the owl. Let’s see where that gets me!