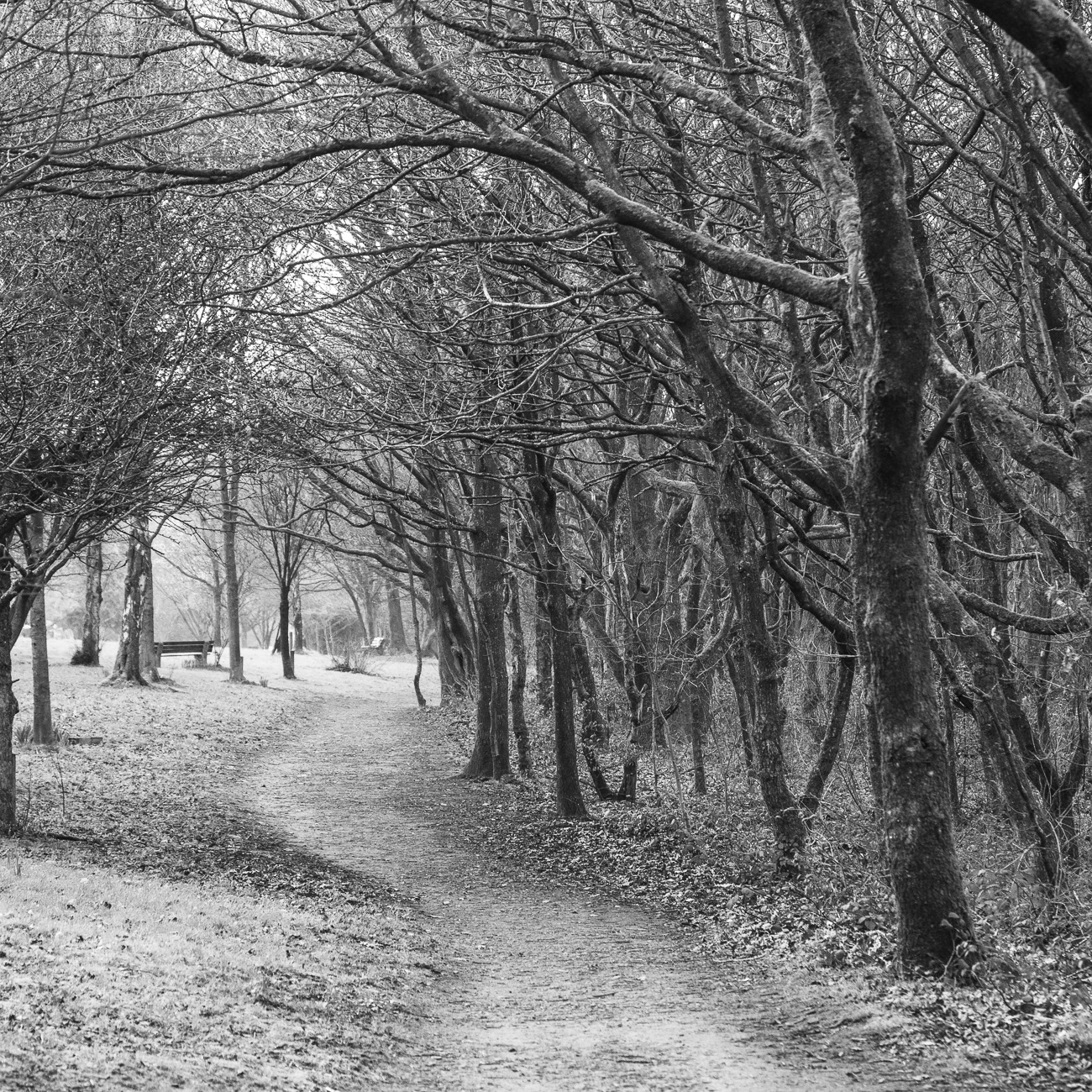 I don’t know about you but I do like to mix it up. Right now I’m doing a first edit of shots taken during past Februarys. I know, I should have done this as I go along but, apparently, looking at the metadata, I’ve not really done this consistently for a while. Since, er, 2006. That’s like ever in the digital world.

So I’m having great fun trawling through old images month by month, year by year, deleting loads and adding a first tranch of keywords to the keepers.

One thing stands out for me. I really do enjoy a frequent change of play styles. I see that I’ll dive into ICM for a couple of months, and then monochrome, swiftly followed by multiple exposure and then bird photographery.

Today I discovered that I spent February 2019 dipping into Wabi Sabi. And great fun it was too. I think if there’s one sort of theme that sticks with me it’s whatever the Japanese did. Oh, and the Russians.

The image here is a simple photo of a winding path through an arboretum shot hand held with the Pen F. I did my best to keep it simple, not to strive for perfection and to be fully mindful as I do the work. It’s bloody difficult I can tell you!

In its most basic form Wabi Sabi celebrates the tarnished, the used, the worn and repaired. Blemishes are seen as signs of loving use and are venerated. So, my photographic take on this is to catch likenesses of real life, real places in all their rawness and without too much tarting up.

For this shot, and the ones caught alongside, I did a simple black and white conversion, left the contrast quite flat and lightened the blacks and the shadows to give a time worn feel. I think it works ok. Do you?